Sakic: A great player, an even better person

A look at Eurolanche’s meeting with Joe Sakic.

Tuesday, February 18, 2020, will be a day a number of Colorado Avalanche fans will never forget. These fans, the ones who travelled to Colorado all the way from Europe as part of the Eurolanche Invasion XII, half of whom have never been to the US before, had the encounter of a lifetime. What happened you might ask? Well, they met Joe Sakic, a living NHL legend and the Avs’ current general manager.

I can’t really say that everything’s been going smooth during our stay in Colorado. That everything’s going according to plan and that everything just so happens to work out. Quite the opposite. Just like there are many good things and good experiences, they tend to come with a number of negative ones as well. And when you experience something bad, it takes some time to get over it. But there’s always a light at the end of the tunnel, a metaphorical cure for your sadness. In our case, the cure is named Joe Sakic.

The two-time Stanley Cup Champion met with Eurolanche members and several other fans in front of the Family Sports Center on Tuesday following the Avs’ practice. I don’t believe in coincidences and, as evident by other things, I dare say that this really wasn’t one. Sakic surely knew that not only Eurolanche members, but fans from other US states and from all around the globe would be in Denver for the Stadium Series game. This is why he came to us, why greeted us, took some pictures, gave out autographs and ultimately paid tribute to our support of the Colorado Avalanche throughout the years.

For me, Joe Sakic is the definition of a class act. It’s one thing to be a great athlete, to perform on a consistently excellent level during competitive games. But his character away from the arena is an entirely different thing altogether. A lot of fans only have to opportunity to get to know the professional, bigger-than-life side of athletes. I am among the privileged few, who had the chance to see and experience their human side. In Joe’s case, those two blend together and are one and the same. An excellent hockey player, leader, natural leader and captain, a true legend on the ice. And away from the rink? A great, empathetic and extremely intelligent person who acts as one to everyone he meets. 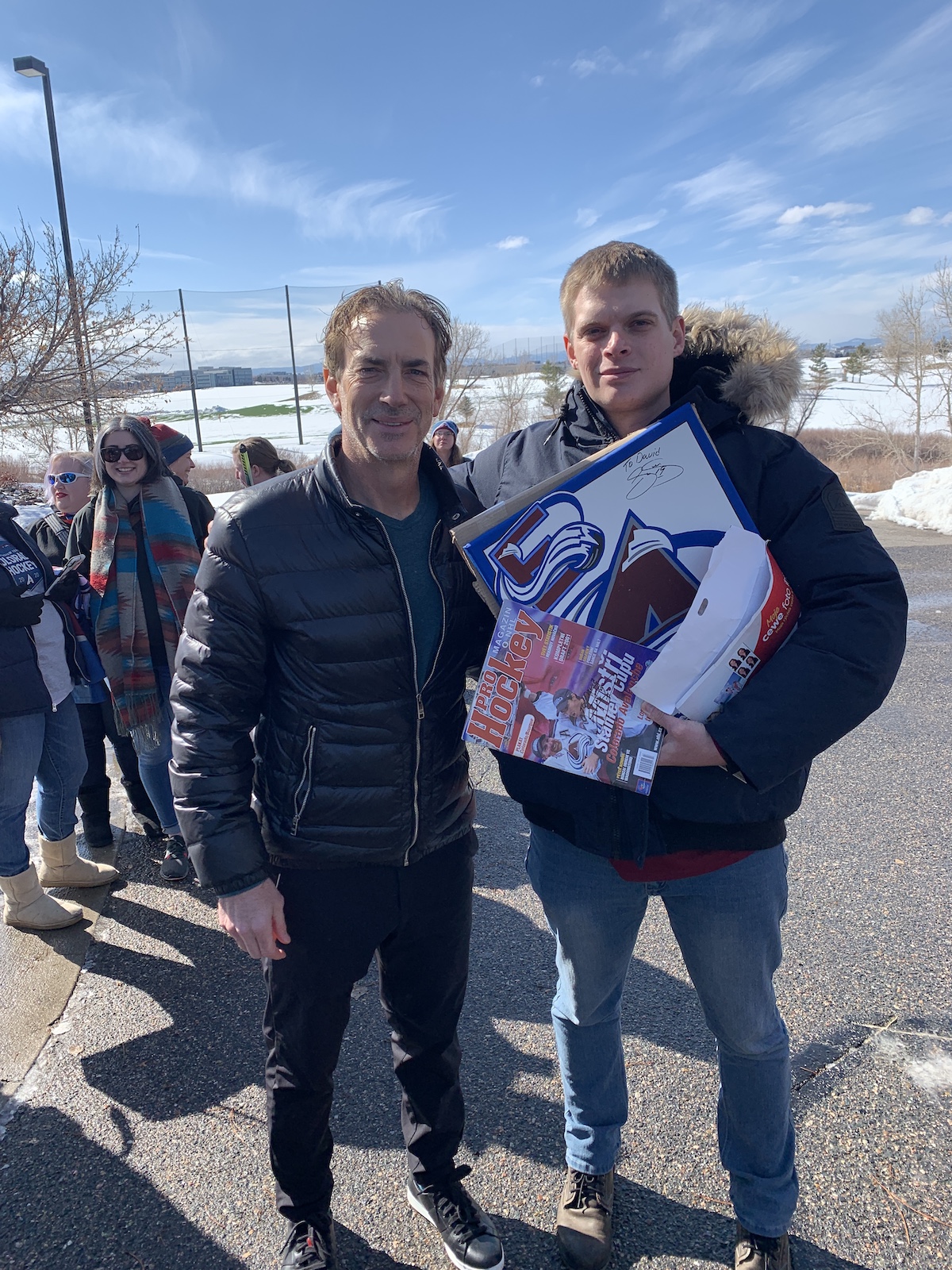 When I hear the name Sakic, I always remember another one of his character traits. For me, Joe Sakic is the epitome of humility. You would have a hard time finding a better word that would sum up both his playing career and his personal life better than humility. Despite the fact that he’s the team’s general manager, a living legend who could all but ignore ordinary fans, he always remains humble. His personality is what makes him a person with a capital P.

I know that he never really liked all the praise he got. He never really embraced the nickname “Super Joe”. He never thought of himself as a “demigod”. I won’t write odes to him or shower him with endless praise out of my respect of him as a person. This is not the point of this article. All I wanted was to write how great of a person he truly is and how grateful for it we really are. We don’t take it for granted, we don’t think he’s obliged to meet us once we are in Colorado. We didn’t manage to meet him during last year’s Invasion, but when he finds the time, we know that we’re going to meet a legend that stayed with both feet on the ground.

Humility is something which is quite uncommon in today’s world. It’s a character trait, which a lot of people, not only athletes, politicians or celebrities don’t have. Humility is a cornerstone for success. Being humble means being successful. One doesn’t get really far without humility. Either a person has it or they don’t, there’s no in between.

Joe, we would like to thank you once again for the best experience of the ongoing Eurolanche Invasion XII. We really appreciate that you came to us, shook our hands, asked about our trip, gave a number of autographs, took photos with everyone, as well as one with the entire group. People like you have a unique gift. This is why you became a hockey legend. This is why you managed to financially ensure you and your family for the rest of your life. But you’ve never forgotten your fans, you never changed and always remained the way you always were – a great person. 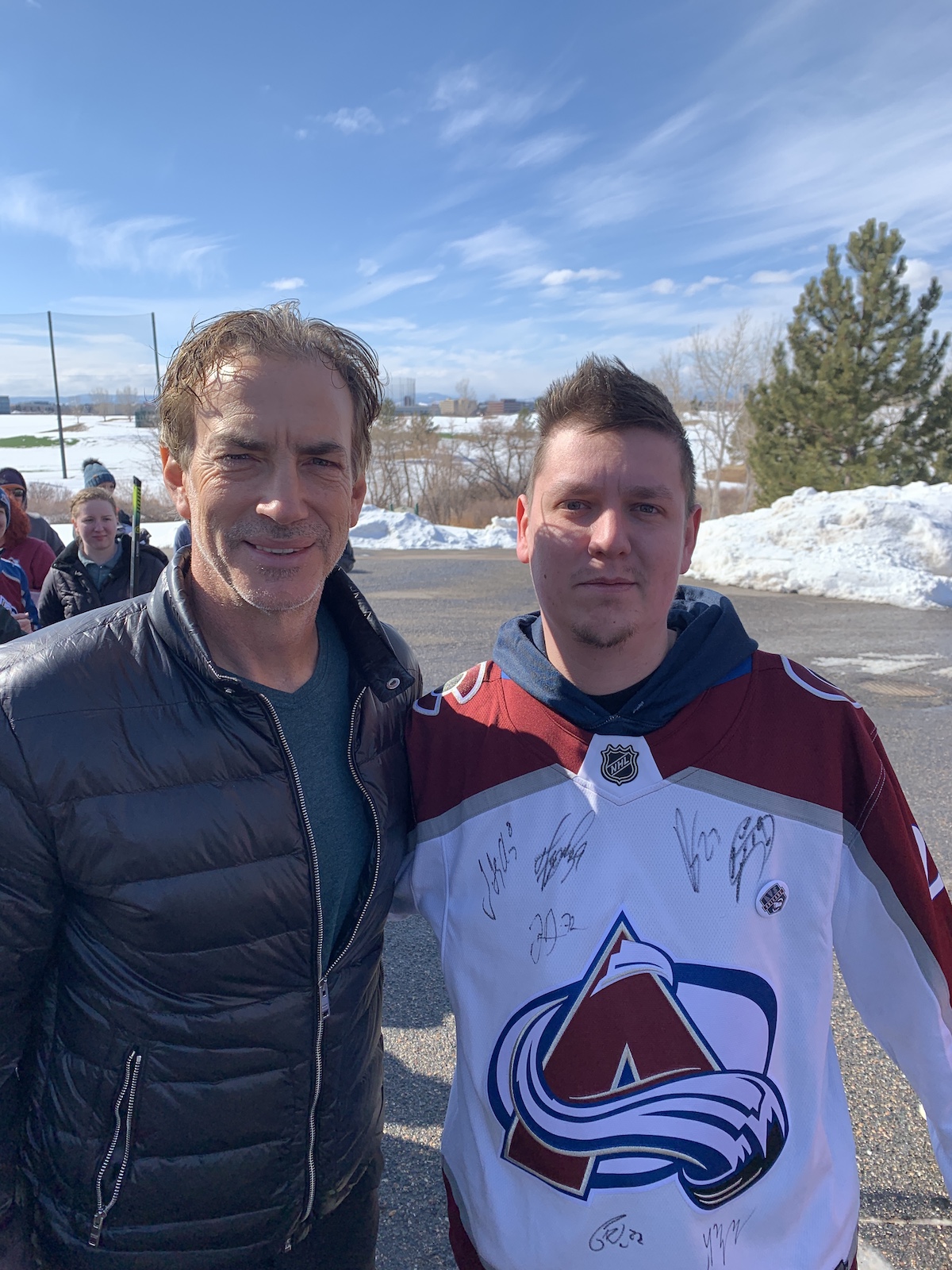 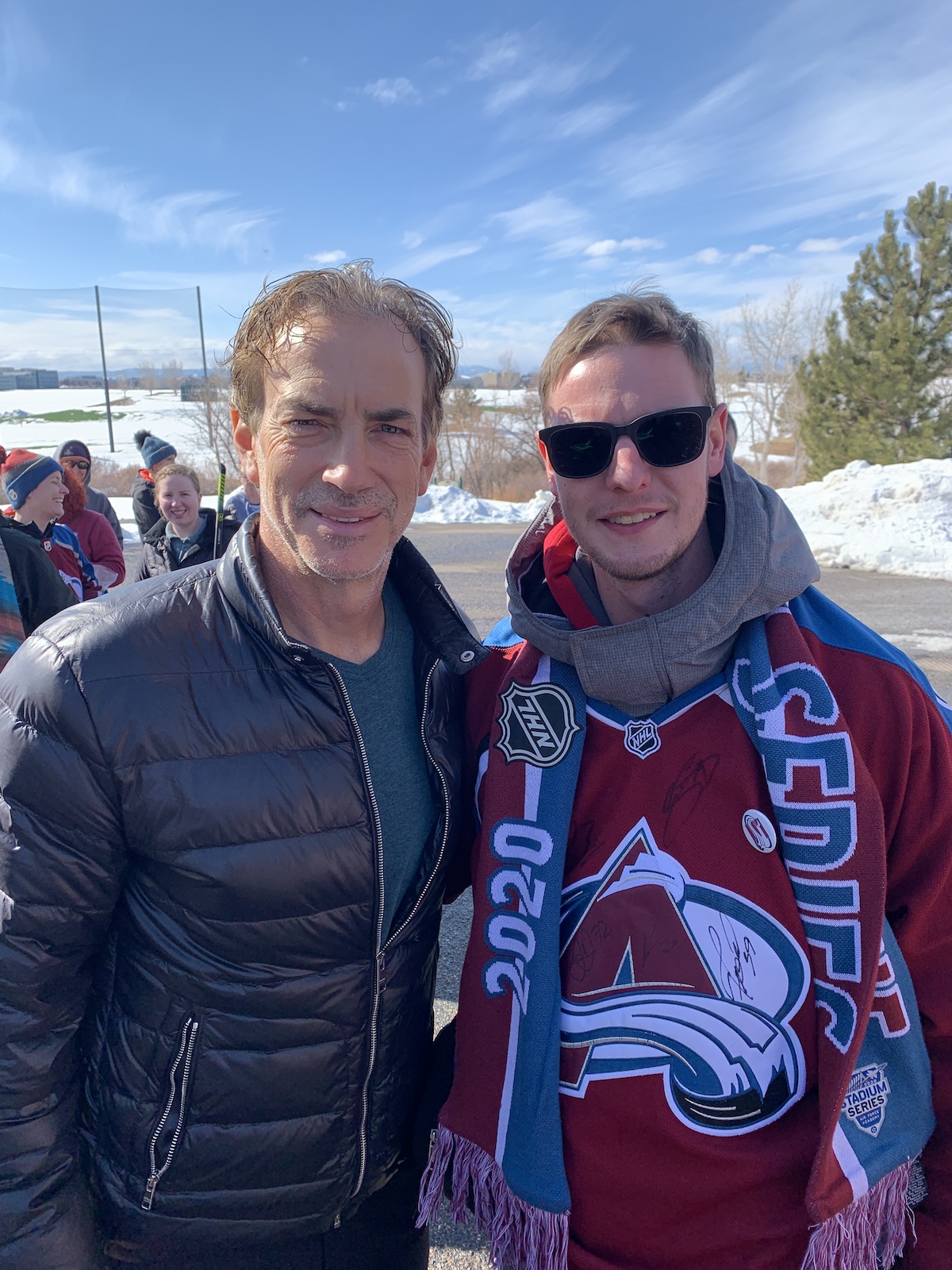 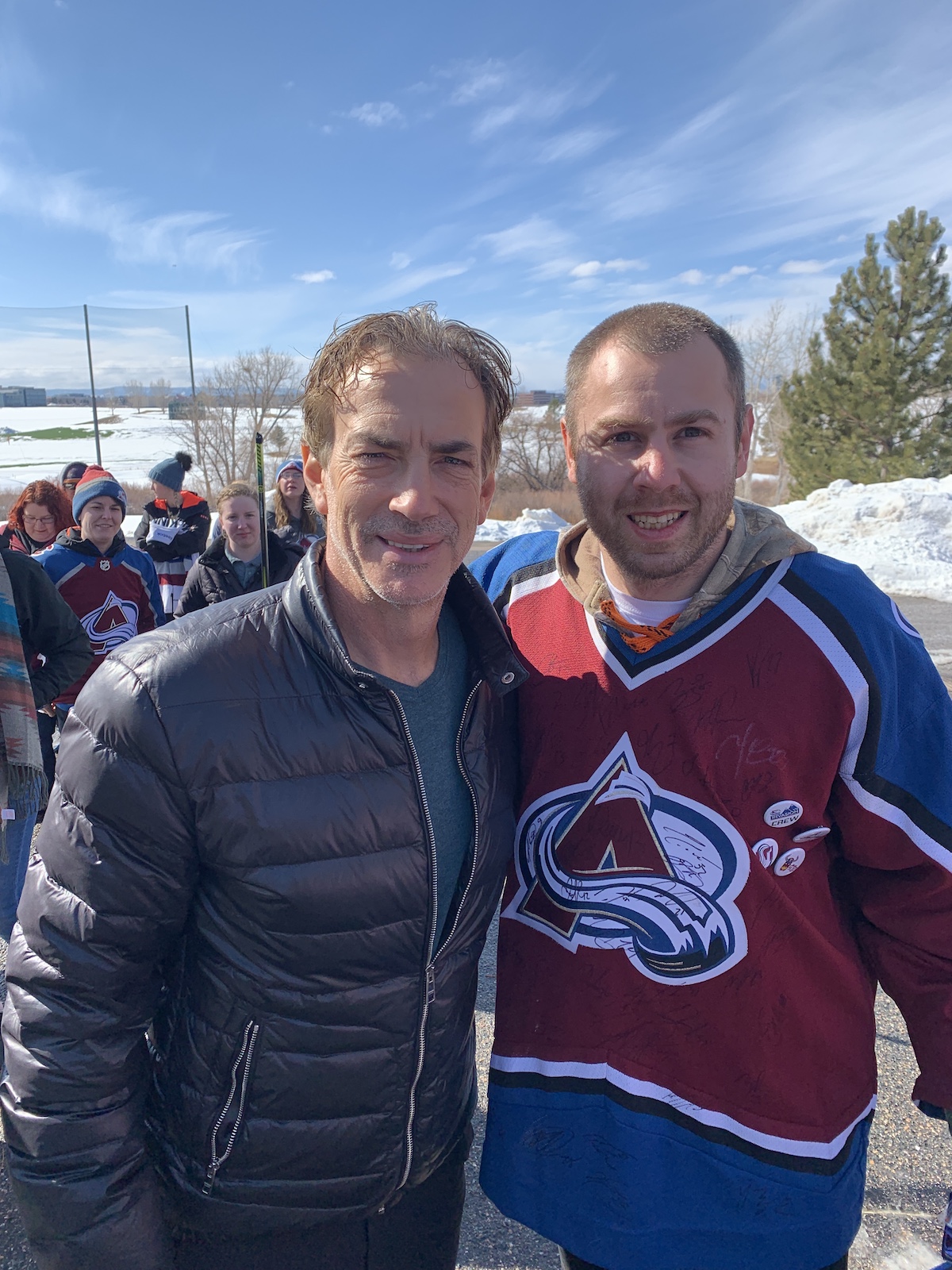 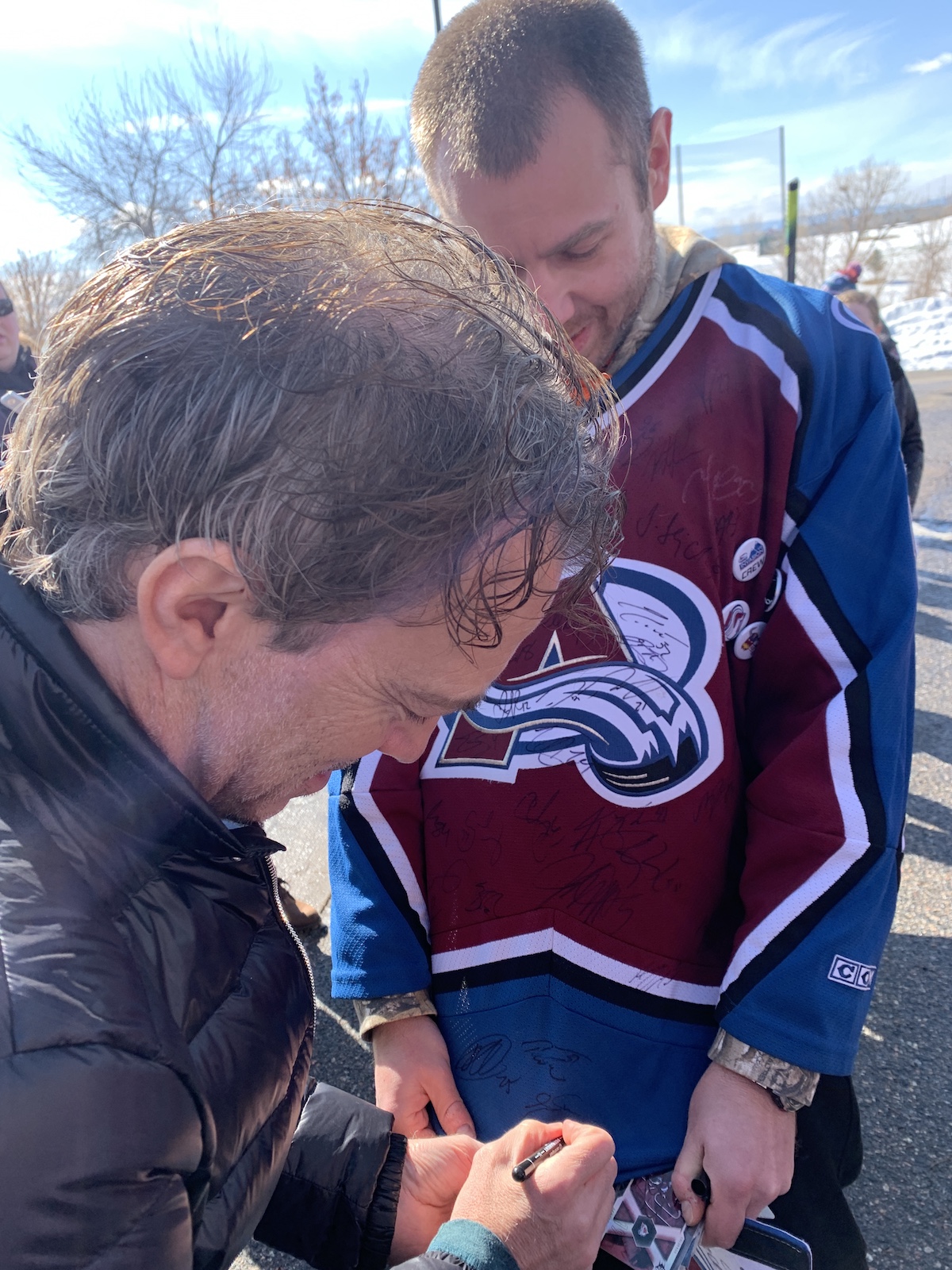 Everything about Invasion XII
Links to all articles about Eurolanche’s twelfth trip to the US.
Eurolanche.com, Worldwide, eurolanche@eurolanche.com
20/02/2020 - 14:30
Tweet