This story was re-published from July 2nd to July 6nd.

Eurolanche is the very first media outlet to have done an interview with Rantanen and are proud to bring you an exclusive interview with the Finnish youngster.

He also played for Finland at this year’s World Juniors Championship, appearing in 5 games and netting 4 goals. The 6-foot-4, 211-pound right wing became the first Finnish player drafted by Colorado since goalie Sami Aittokallio in 2010. After the draft, Rantanen flew back home to Finland and is preparing to head to Denver for the Avalanche’s development camp on this Saturday. 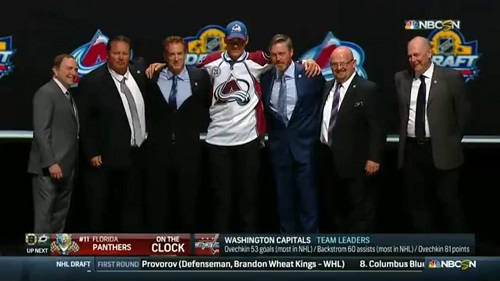 How did you feel when you heard your name being called at the draft?

It was an unbelievable feeling. I expected to be drafted, but I was really excited. I was happy that I could share my excitement with my family and friends. Hearing the guys from Colorado calling my name at the stage was really unbelievable.

You were ranked 1st overall in the European skater pre-draft ranking. Were you surprised that you weren’t selected earlier than 10th overall?

I wasn’t really expecting anything to be honest. I was just trying to enjoy the draft. Maybe I thought I’d go somewhere between 7th and 13th overall, but I haven’t thought about it that much. I’m really proud to be part of the Colorado Avalanche organization.

Speaking to Joe Sakic and Patrick Roy, what was the first thing they told you?

Actually, I just talked to several guys at the stage and I went off to have my draft photo taken right after being drafted. I haven’t talked to them afterwards, but I know they have high expectations and are happy to have me. I think we had a good little talk on the stage, but I’m already looking forward to speaking to them at next week’s development camp.

Do you think you are ready to play in the NHL next season?

My goal is to train as hard as possible during the summer, because the NHL’s a tough league. It’s the best league in the world but my goal is to prove that I can play in the NHL and I’m ready to fight for my spot in the Avalanche’s lineup. You have to work really hard to get there and I’m ready and willing to do that. 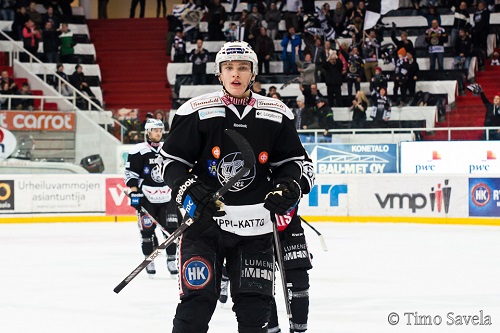 Not really. As I’ve said earlier, I think we’ll talk about it next week. I really want to prove that I can play in the NHL but if they’d say that I need more time, then I’ll either play in the AHL or back home in Finland. If that happens, I’ll choose based on what I’ll think will be best for me.

So if you weren’t to make the Avalanche roster for next season, you’d either play in the AHL or head back home to Finland?

Like I said, we haven’t talked about it yet. When I’d fail to make the roster out of camp, we’d have to make that decision based on what’ll be best for my future development. I don’t really know if I’d go back home to play in the Liiga or go to the AHL. It should be a place where I could play as much as I can, so that I could be a better player come next year. I’m ready to do everything I can to make it into the NHL.

Have you talked with any Avalanche player yet?

Not yet. There’s no Finnish player, so maybe that’s why. I won’t really have a chance to speak to them next week, but I’m sure I’ll catch up with them during the pre-season camp.

What do you think of your Avalanche teammates, for example Iginla, Duchene or MacKinnon?

I think the Avs are a great organization. There are a lot of great players there, like Duchene, Landeskog or MacKinnon. I know I’d have to do my best to be part of such a lineup, but I’d love to play with the guys there. 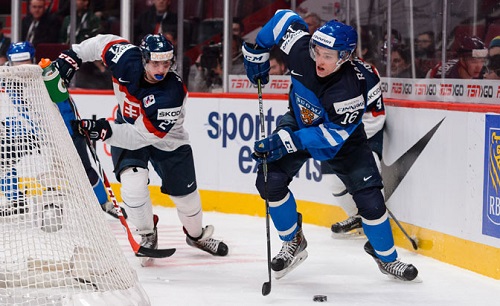 Did you have a favorite NHL team or player when you were younger?

So it’s going to be pretty interesting when you get to play against Crosby next season, isn’t it?

Are there any Avalanche players in particular that you’d like to play with?

I haven’t thought about it yet. Overall, I think the Avs have a great lineup. It’s hard to pick anyone in particular, because they’re all so good.

What do you bring to the team?

I try to be positive and friendly in the locker room. I’d say my work ethic is a big asset of mine, because I always try to work and practice as hard as I can both on and off the ice. I’d also say my hockey sense’s pretty good and I can make plays, mainly because I played on bigger ice in the Liiga. I bring size to the team and I try to utilize it while protecting the puck and also along the boards. I’d say those are my biggest strengths and I’d like the Avalanche to benefit from them.

Have you ever been to Denver?

No, I haven’t. It’ll be a completely new experience for me. I’m really looking forward to being there next week. I’ve only heard good things about Denver.

What’s your schedule for the summer?

Right now, I’m working with my coach and I’ll attend the Avalanche’s development camp next week. I’ll be flying abroad on Saturday. I’m not really sure if camp starts Sunday or Monday. After the camp, I’ll go back home and resume my training program. I’ll be preparing for the pre-season camp. I want to be ready to fight for a roster spot. Apart from that, I won’t be doing much. I’m just going to train as much as I can.