Branislav Svec from Slovakia wrote the following recap of his first participation at the Eurolanche Invasion project. He spent 17 days in Denver.

We didn't go to our beds early two days after Christmas on so-called „Stephan's day“. True reason of that wasn't a party at night like many our countrymen had, but it was other kind of craziness. We traveled 8 747 km (5435 miles) on that day to fulfilled our dream – experience the NHL in person. A day before, I and Rudo Sery left our hometown in Slovakia called Poprad and went by train to Hungarian capital city of Budapest. We stayed for a night in a local hotel and went to the airport early in the morning. The rest of the Eurolanche Invasion VII crew met us there and we were ready for a very long trip. We flew to Denver via Brussels in Belgium and Washington DC. In total, overall journey spent 35 hours of time for some members of our group.

The Author of this story is Branislav Svec, who is pictured with Nathan MacKinnon.

The first day in Denver was a day with big 'D'. We got know the USA, rented cars, walking in Downtown of Denver that looks like the same as it is showed in the console game NBA 93. The biggest highlight of the first day was a game between Colorado Avalanche and Chicago Blackhawks. Before its start, an arena moderator did an interview with us that was broadcasting on the huge Pepsi Center jumbotron in front of sold out audience. First minute of the game, Nathan MacKinnon starts his engines in the skates, scores in a high corner of the net with a wrist shot almost from a blue line. We watched five goals in the first period, but even better experience was ahead of me. Local arena staff member named Martina, who was born in Slovakia, took me downstairs directly on the ice for the intermission contest. I won a big memory game! After the lost game we met all Colorado Avalanche players thanks special VIP tickets that the Invasion crew get regularly every year. All of them had no problem with many signatures that they gave us. We took many photos and even a female part of our group got hugs.

We drove to Rocky Mountain National Park in one of the following days. Just driving a car, we reached 2 800 m (9 500 ft) attidue that was a new record for some of us – but we surpassed it days later. Clear sky changed on a snow storm in the minutes, but it was kind of interesting for us. We visited and tasted a beer at the biggest beer factory named Coors in a city of Golden – a place when a gold rush started; we couldn't miss a visit of Colorado Railroad Museum and a train ride to Pike's Peak after a short stay in Colorado Springs. Cog Railway took us to an elevation of 3400 m (11 150 ft). If the weather wasn't crazy that time, we would continue to a summit (4 300 m - 14 100 ft). Our travel plan included a trip to Aspen too. After four-hour drive we could see the most famous winter resort in North America that showed us very nice downtown, luxury shops and surrounding scenery. After that we visited hot springs at Glenwood Springs. Swimming in the hot pool while -12 Celsius (10 fahrenheit) temperature outside and great mountains around was incredible moment that we experienced on a first day of year 2015. I personally visited the NBA game of Denver Nuggets. As you can read, the schedule was very busy every day this year.

At the end of Invasion VII, the Avalanche record was 5-2 – we watched their wins in the shootouts, in the overtime and also in the regulation. Besides games, we did a tour of the arena, watched the Avalanche practice in the Family Sports Center and also were at the gameday practice in Pepsi Center that isn't open for a public.

Three-day space between home games brought two separated trips to San Francisco and Chicago. I, Rudo and Tomas traveled to the first mentioned city. We were riding bicycles on the Golde Gate Bridge, were at the famous Crooked Street, visited museums, Chinatown and drove a historic cable car. David and Norbert watched the Avalanche away game in Chicago during this time. 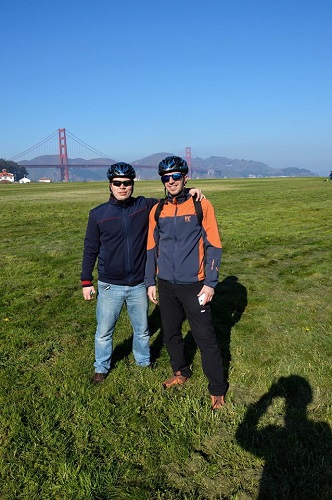 A busy schedule continued in the final part of the trip too. We had a private meetings with Milan Hejduk and Jan Hejda. National anthem singer Jake Schroeder even showed us his Stanley Cup ring that he got after team's win in 2001. I also can't forget on the shopping that we did a lot from the first to the last day of our stay in the USA. 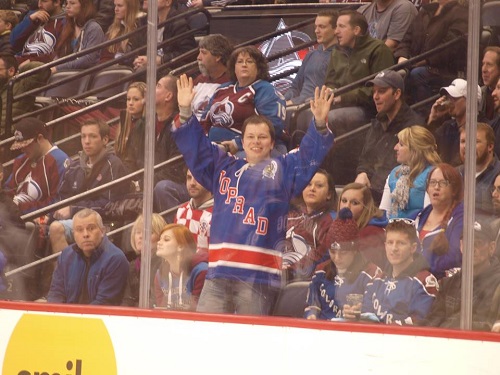 A farewell game ended with great turnaround win for the Avalanche after they were trailing 0:2. Nothing but nice memories will stay inside of each Invasion participant. We will never forget. We fulfilled the schedule, our dreams, visited new part of the world and experienced moments that not many people can. Part of our Invasion VII story appeared even in a print version of Denver Post newspaper.